Province of France: Discovering Élise Rivet and the Sisters of Compassion

When we merged with our Augustinian sisters in 2016, we were far from perceiving the full richness of the gift we were receiving.

In January 2021, the sisters in Lyon received a request: the diocese wanted to make a figurine of Élise Rivet for the Creche of Hope. The search then began in the community to discover this woman who arouses more and more passion. Born in 1890, she entered the Congregation of Notre Dame de Compassion in Lyon at the age of 22 [1] . There she took the name of Sister Elizabeth of the Eucharist and gave herself without counting the cost. She worked as an educator with abandoned or "difficult" girls, as a leader with her sisters, as a resistance fighter during the Second World War (she saved the lives of many children with others). She went so far as to take the place of a mother chosen for the convoy to the gas chamber. She died on 30 March 1945, on Good Friday. We can say that she lived to the end the motto chosen at the beginning of her religious life: "The cross in the heart and the smile on the lips".

On 19 January last, the whole community was present around the Creche in the Basilica of Fourvière for the homage that was paid to her. Sr Marie-Hélène, the last Sister of Compassion, had made the trip from Paris especially. Sr Jeanine, who worked hard to introduce her cause, was also present. It was a moving moment when we met her grand-nephew... and a very young author, actor and director who decided to write a play to make her story known. The result left those who were able to attend one of the first performances speechless.

[1] The Congregation merged with the Augustinians of Notre Dame de Paris in 1978. 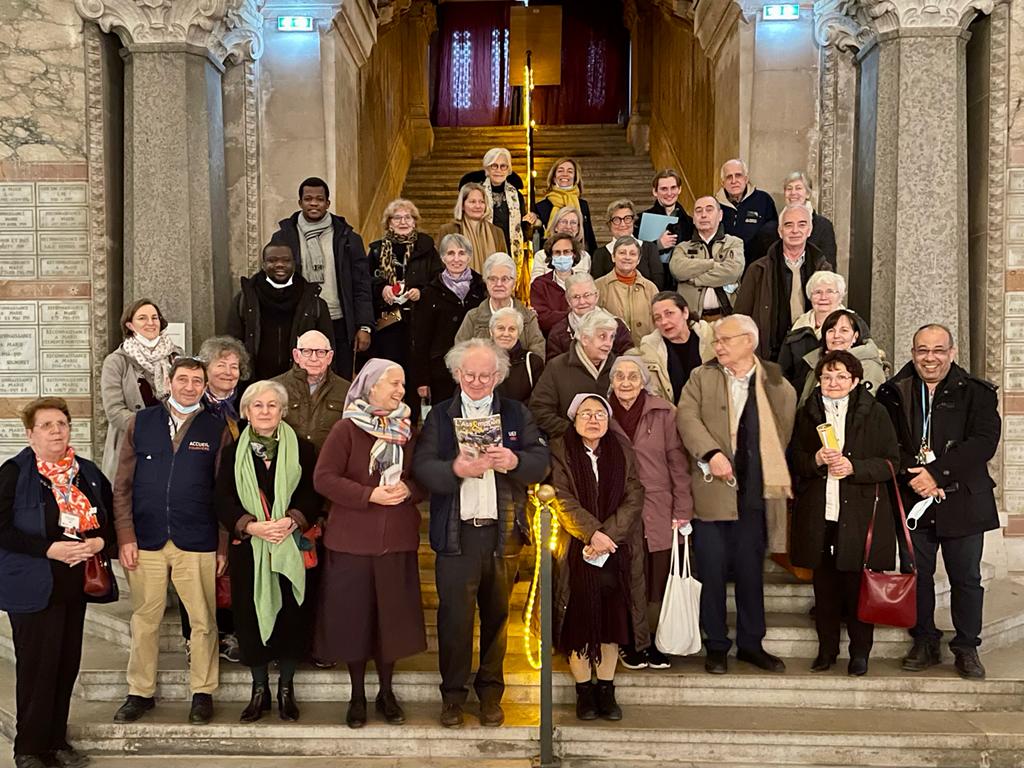