At the Assomption of Saint Marc-Saint Aignan (Orléans) solidarity with Ukraine is on the way!

After having received the appeal of our sisters of the Province of Europe to support teachers and schoolchildren in Ukraine, we proposed to the school to mobilise.

The president of the APEL immediately responded favourably by offering a sales area during the Advent market planned for 3rd December. The school's management team made it possible setting up creative workshops during lunchtime, open to all volunteers. The students were more and more willing to participate! They made greeting cards and Christmas decorations out of paper, cardboard, wood, beads, sequins, etc. And so did the director!

Some of the 4th graders took on the responsibility of running the stand during the open day. These are the same girls who last year took the initiative of a spontaneous collection at the beginning of the war. The funds collected then will be added to the proceeds of the Advent sale: in total, almost 500 €!

We admire the generosity and responsiveness of our students, families and educational teams! A big thank you!

On the other hand, the school welcomed two Ukrainian girls (accommodated in the community) for a two-week "integration course" following the French language course they followed to prepare for the DELF level A2. They were thus able to be in contact with these same young people who had taken part in the solidarity action.

The sisters of Orleans 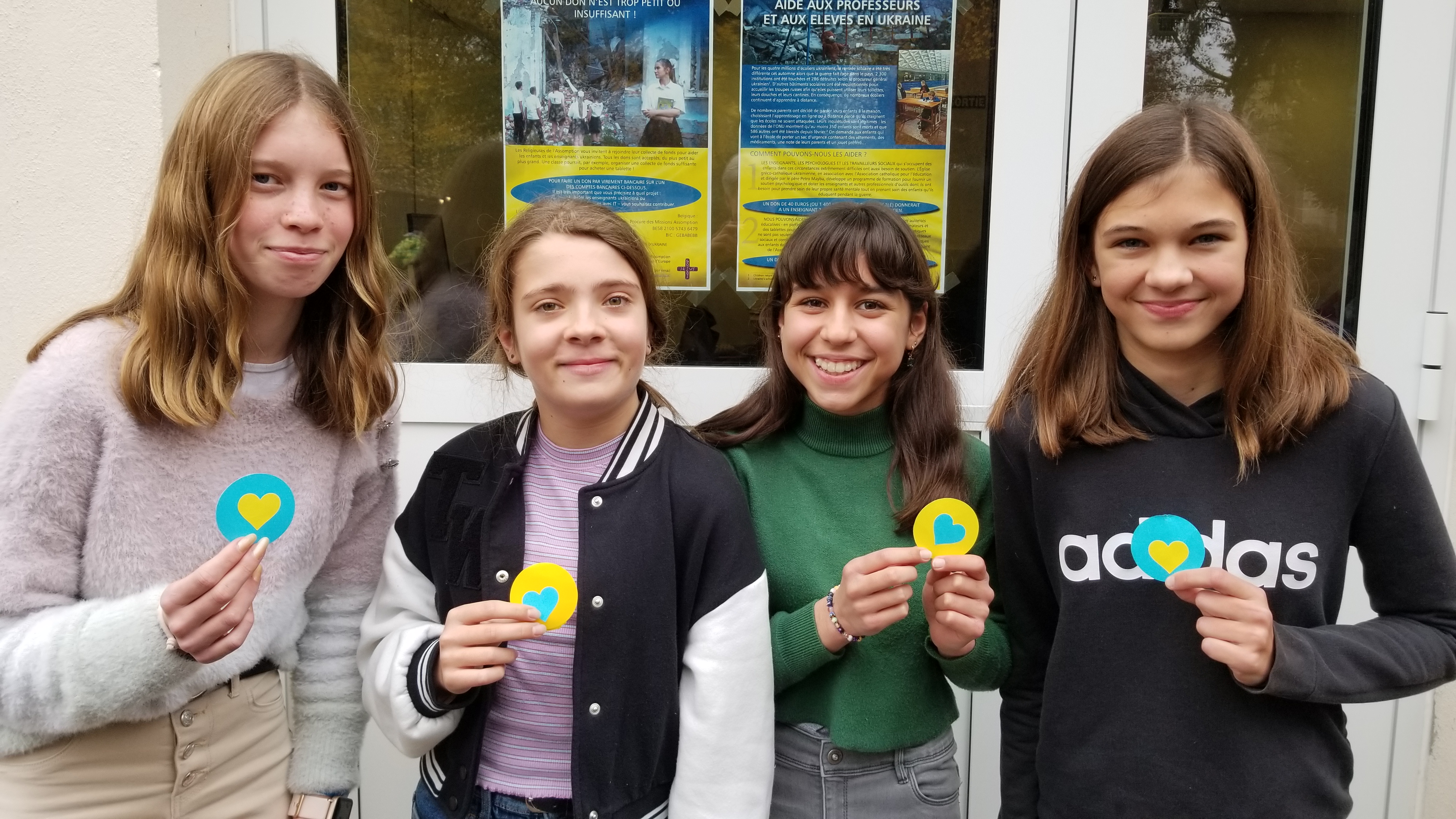 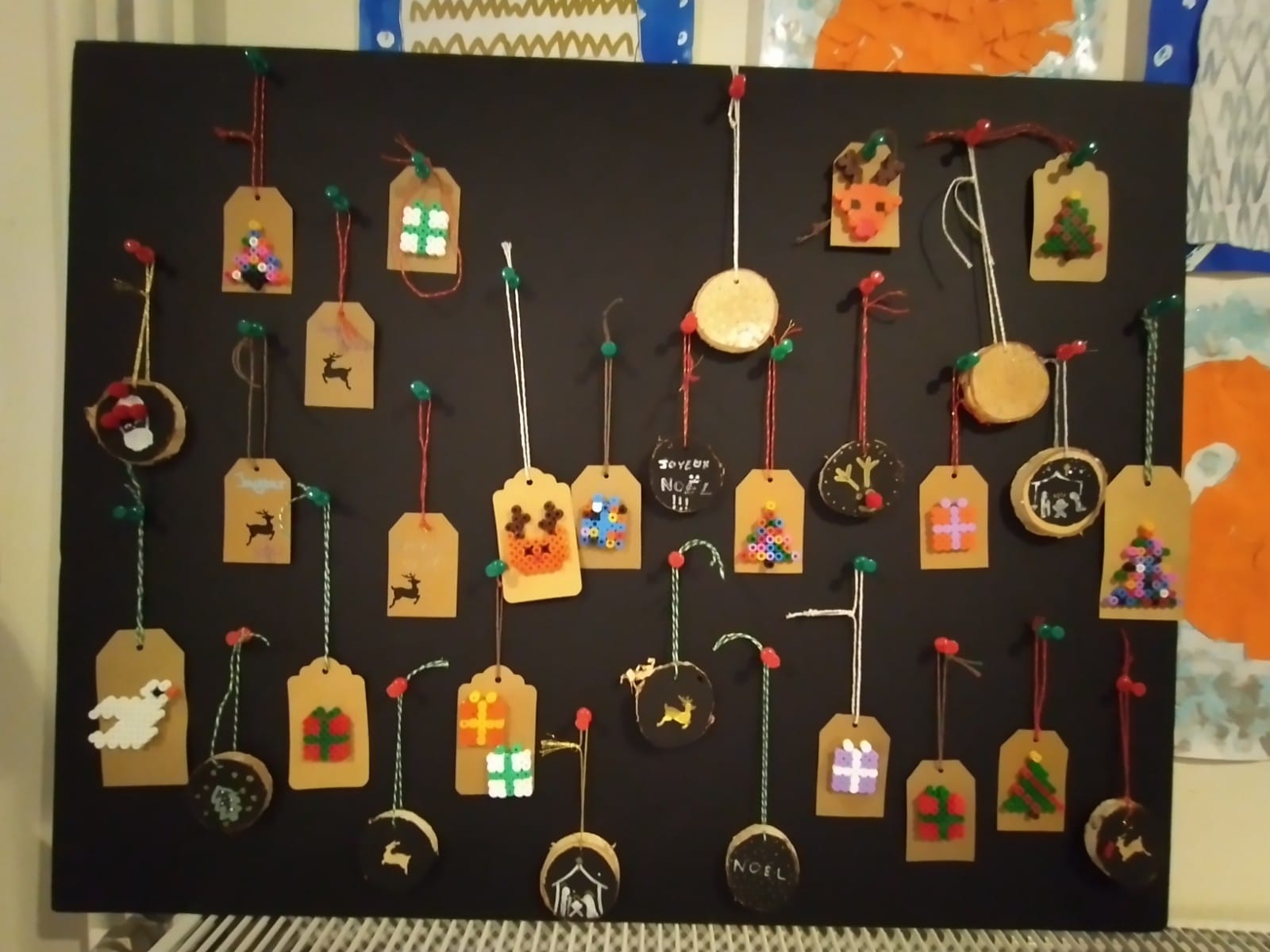 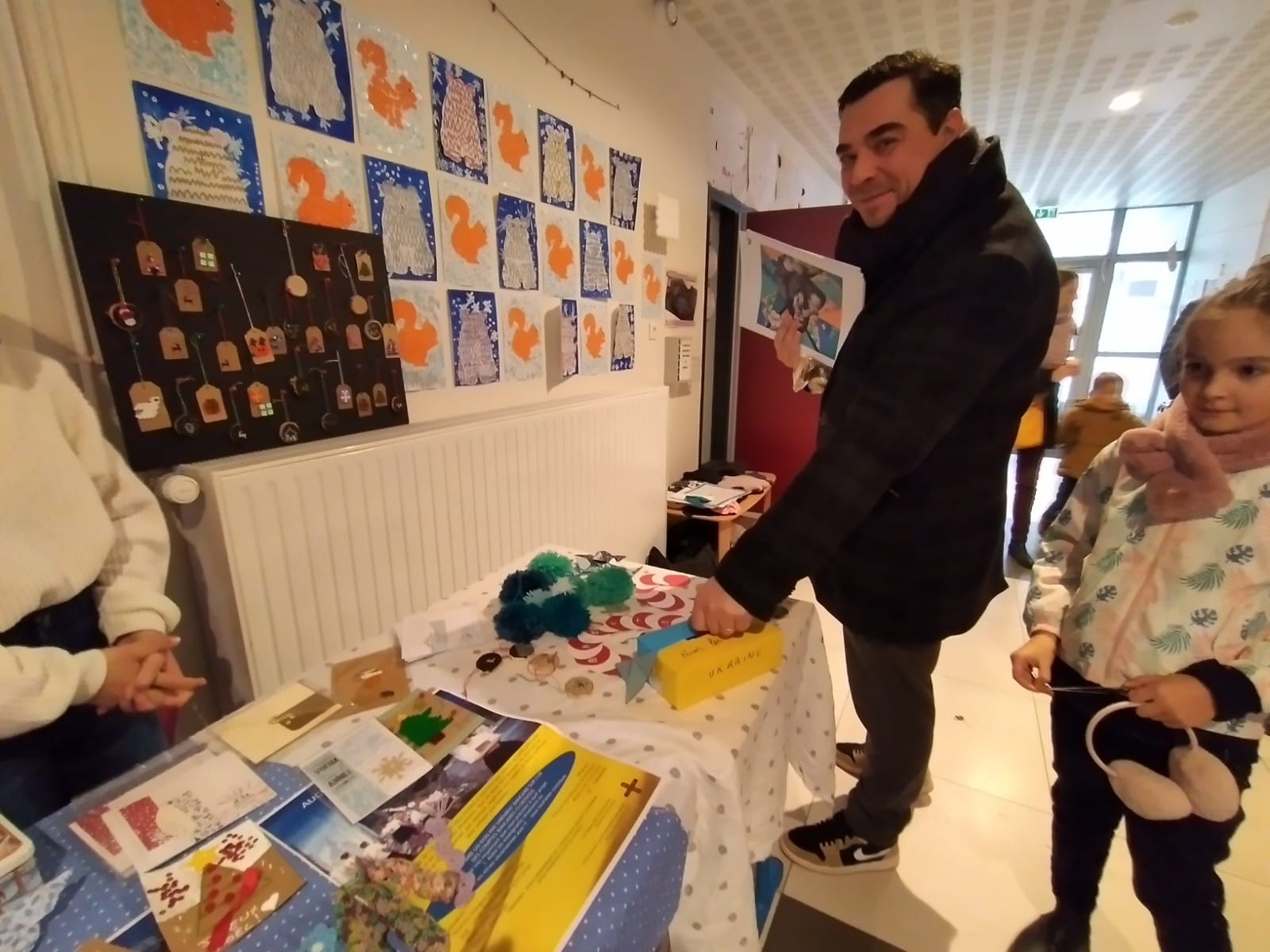