Sainte Marie Eugenie Private College is located in sector 43 of district 10 of the city of Ouagadougou. Facing the calls of the world, each one of us is called to commit oneself. This has also been the case for the sisters of the Assumption who, for this 2020-2021 school year, remained faithful to their mission of education and transmission of values, in accordance with the orientations and objectives of the institution’s educational project.

It is within the framework of the implementation of its orientation 2 entitled, “to be a transmitter of values in the education of our young people”, that in December during the time of Advent, a collection of donations was initiated by the team in charge of pastoral care. In practice, the aim was to raise awareness among the students about the current situation of the displaced and the importance of solidarity. A value that is very dear to the school. Once the information was communicated, the students organised themselves by bringing goods in kind to offer to the internally displaced people in the eastern suburbs of the city of Ouagadougou. On Monday the 21st of December 2020, a delegation was then organised. It was made up of sisters, five members of the students’ office, the head of the educational stage, a representative of the teaching staff and many other people who wanted to live this experience of giving, fraternity and sharing with the displaced families.

This action was intended for pupils as a symbolic act of passing on values such as sharing, humility and solidarity. It was also meant to be a moment of personal introspection on our relationship with God and our neighbour.

The students were very touched by the simplicity and gratitude of the families of the displaced. They are ready to get involved in another collection and give joy.

If serving is a divine act, it must be done with the blessing of the Father. So, may God give us the grace and wisdom to continue on steering the boat of education with oars and wings, and with our eyes fixed on Christ, who is, all at once, vessel, goal and compass (Wings and Oars, R. Assomption, 2016). 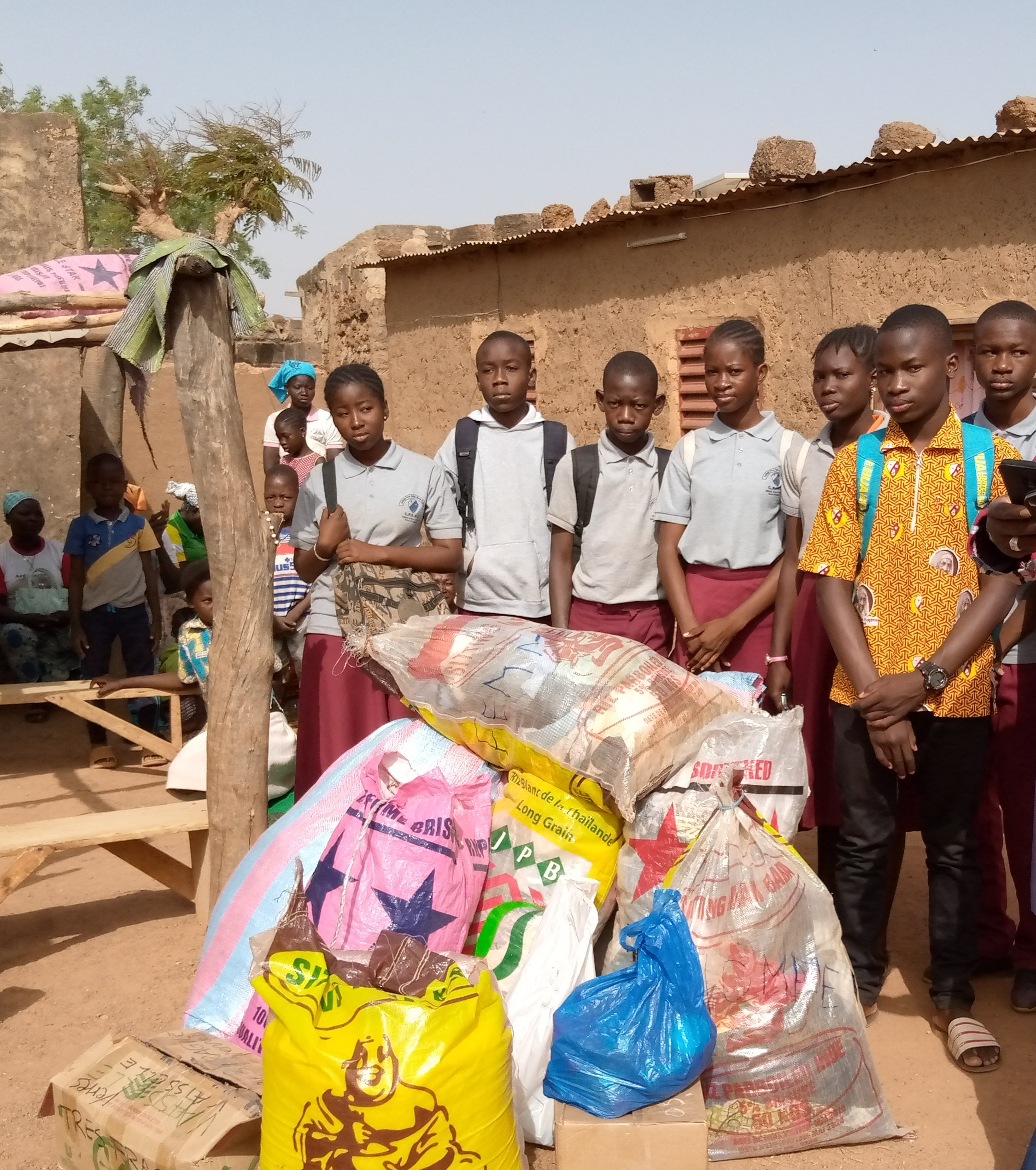