25 years at the service of Solidarity

“Assumption Solidarity” and the General Bureau of Solidarity for Development (BGSD) are two structures created by the 1994 General Chapter. The Chapter Delegates had voted at that time to create two Funds: the Congregation Solidarity Fund (FSC) and the Solidarity Fund for Development (SDF) and the structures that were to manage them. The purpose, constitution, management, general lines of action, and organization of these funds were carefully specified and integrated into the Chapter documents sent to the whole Congregation. From 1994 onwards, the way of living solidarity in the Assumption, beyond its financial aspect, became, for the General Chapters, the object of a search and deepening that was constantly taken up and updated. The Chapter of 2000 would give the Congregation a specific orientation under the evocative title of the concerns of the moment: Solidarity: Toward a Christian Practice of Globalization. Later on, solidarity would be integrated both in the orientation concerning Justice, Peace and the Integrity of Creation (JPIC, which then became JIPC-S) and in that concerning the economic dimension of our life. It is in this context of a reflection that is always attentive to making the dimension of solidarity present and active in our religious life that Assumption Solidarity and the BGSD put into effect their mission and make their specific contribution.

The juridical structure of Assumption Solidarity and the BGSD

Assumption Solidarity has the legal structure of a French non-profit association, (NGO type). Its Board of Directors is composed of 8 members: 3 are members by right: the Superior General (Sr. Rekha), the Delegate General Councillor (for the present Council, Sr. Marthe Marie), and the General Bursar (Sr. Cécile Franquin). The other members are Sr. Clare Teresa, Sr. Michèle Barrot, psa and 3 lay persons, Viviane Le Polain, Belgian, currently president of the Association, Carlos Arense, Spanish and Bruno de Monplanet, French. This Council, responsible for managing the SDF, meets twice a year to choose the development projects to which it wishes to give financial aid and to decide on the amount to be allocated to those it has selected. The projects are presented by the BGSD, currently composed of 3 members: the permanent delegate appointed by the General Council (Sr. Claire Myriam) and two lay volunteers, Isabelle de Monplanet and Alix de Chaumont. The BGSD is the kingpin of this Association. It also links up with the Assumption Provinces, in particular with the Provincial Solidarity Desks which send the projects, and with the donors and organizations that provide financial support.

The mission entrusted to the BGSD

The BGSD provides the permanent secretariat at the Congregational level to serve the objectives of the SDF. Its mission consists essentially in helping the applicants to compile files for financial aid using the forms it has developed for this purpose; to verify that each project has the written approval of the Provincial; to study the projects and verify their adequacy with the criteria established when the SDF was created. Revised in 2008, the criteria currently in force require that all development projects must be educational in the broadest sense, promote employment if possible, ultimately aim at self-sufficiency, comply with the rules of transparent accounting, make a local contribution, even a very modest one, and be able to present results that can be evaluated through financial and activity reports.

Once the projects have been studied, the BGSD presents them to the Assumption Solidarity Board of Directors to obtain financing. It informs applicants of the decisions made and follows up on projects that have received financial assistance. It then makes the funded projects more widely known and proposes others of a more modest amount and with more flexible criteria. These so-called “small projects” are not directly supported by Assumption Solidarity and therefore need to find donors for their financing.

To conclude, we would like to mention a clarification on the action of Assumption Solidarity and the BGSD regarding the dramatic situations related to the Covid-19 pandemic that we are currently experiencing.

These two solidarity structures have not been given the mission of financing projects of an emergency nature, that is to say, projects that immediately come to the aid of populations affected by natural disasters, epidemics or armed conflicts. Of course, reconstruction projects to promote a better future can always be carried out where these misfortunes occur and be sent to us quickly. They are always received with particular attention. But in order to live in solidarity with those affected by great hardships, the General Council uses more rapid procedures by setting up specific and punctual Solidarity Fund and invites Provinces and friends to contribute generously to them. For the Covid-19 pandemic a Fund is already operational.

In a forthcoming article we will give details on the financing of the projects and their geographical distribution, and in another on the type of projects financed and the areas of activity they promote and support 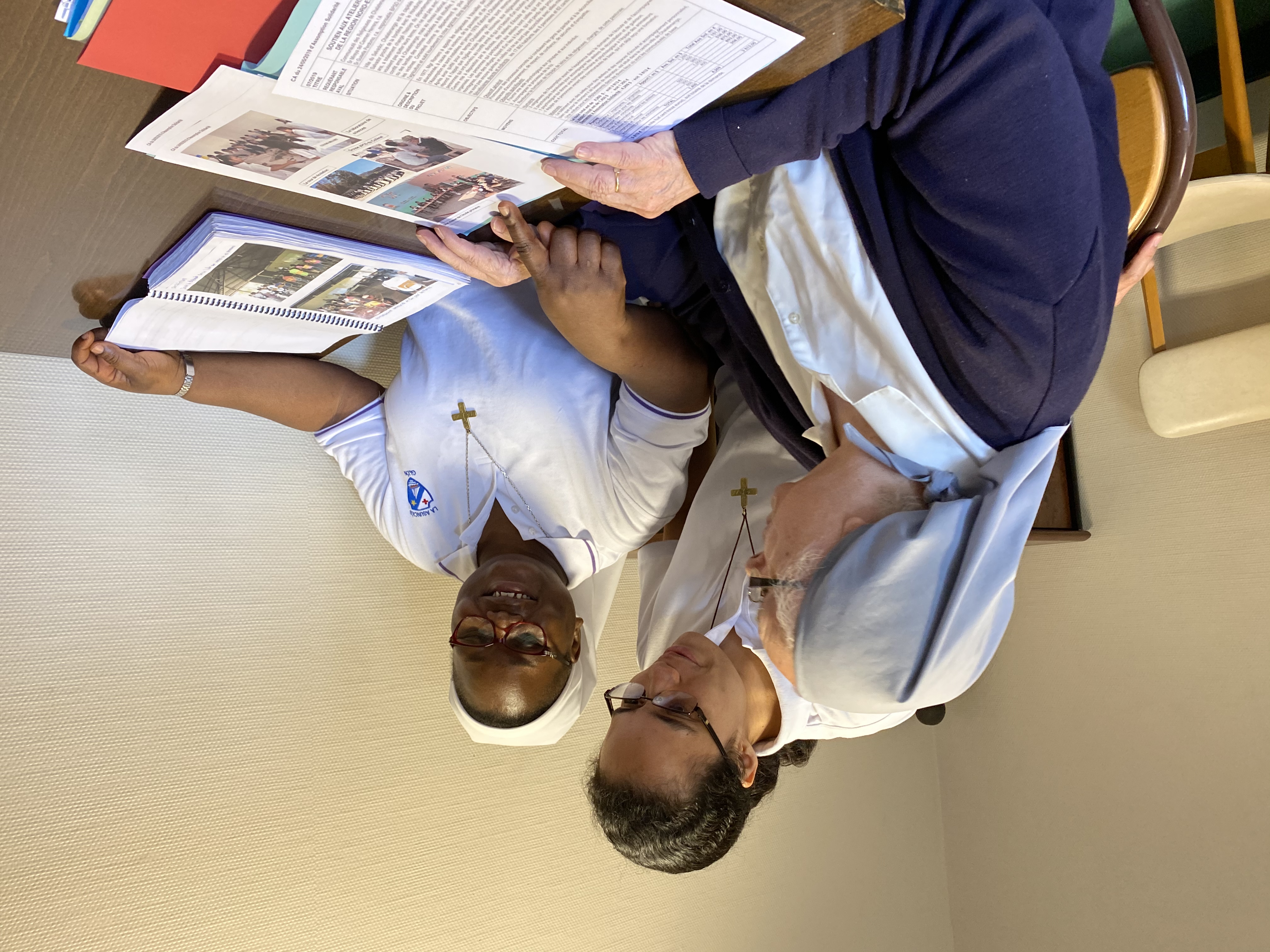