We want to reflect on the theme of "Ecological Spirituality" from chapters 2 and 6 of the encyclical “Laudato Si” and, during this season of Advent, give some pointers to accompany us on a path of renewal.

The following reflection was given on October 3 – 4th  2020, at the conclusion of the Month of Creation, during  a  spirituality weekend organized by the Sisters of the Assumption and the "Laudato Si" Community,in our house in Genzano di Roma (Casa Mamre).

LEARNING FROM GOD: A NEW RELATIONSHIP WITH CREATION [1] 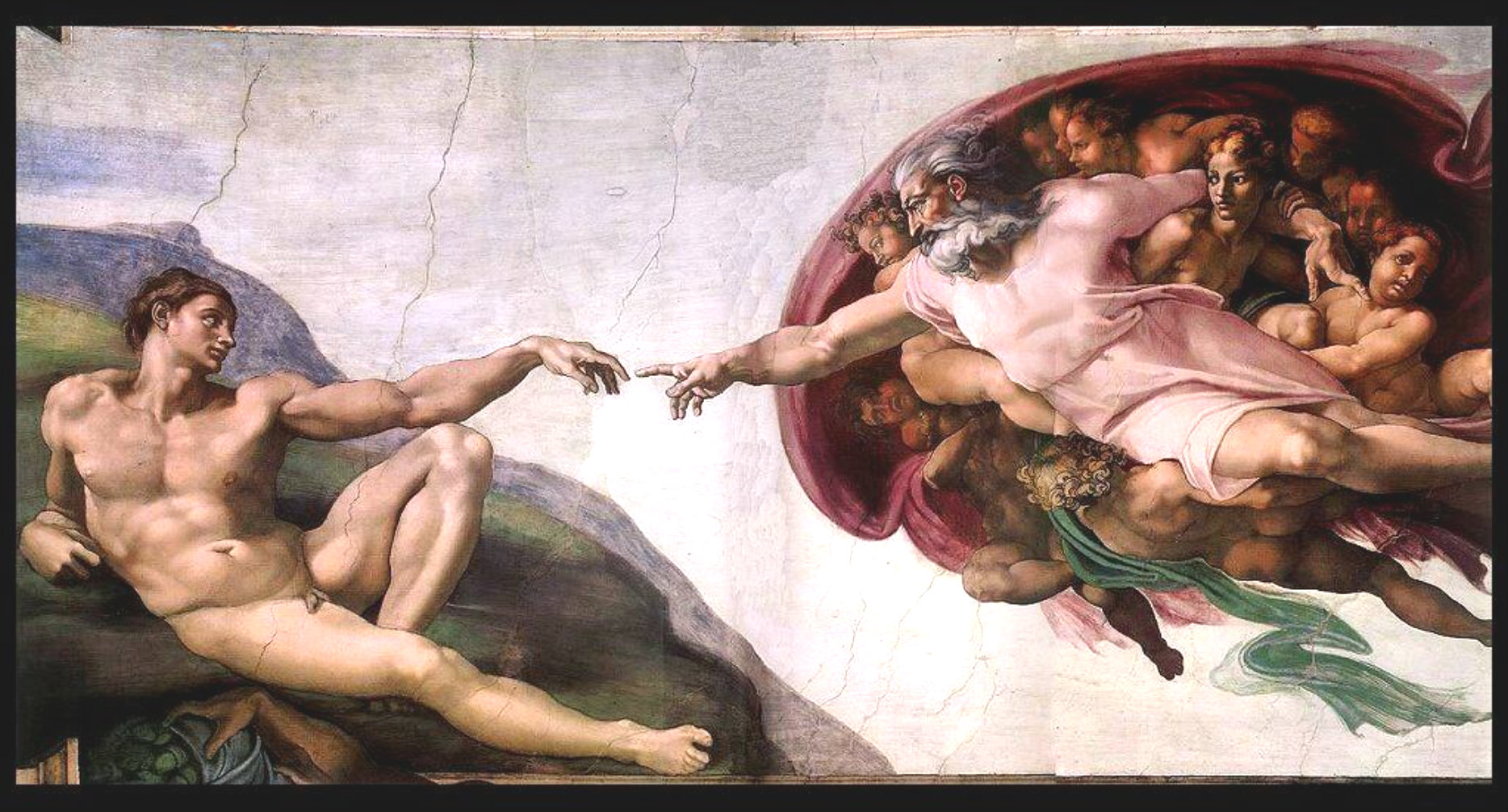 In his encyclical, Pope Francis chose Scripture as his starting point, because it is there, we will find the right way to live out our relationship with creation.

Let us go back to chapters 1 and 2 of Genesis. The first chapter is a great poem about God the Creator. It forms, with the story that follows it in the second chapter, a vast picture in two distinct and opposite parts. It consists of an outline of the situation of humanity, living between the divine project of harmony and the historical condition of disharmony. It is the fruit of a retrospective re-reading of a believing people who question and reflect.

These are two different stories that do not tell us 'how' but 'why' the world was created. Creation was made for us, so that we can enjoy it, rejoice in it and experience God by living it and appreciating it.

In re-reading the first chapter of Genesis, we can identify three attitudes of God towards the whole of creation, attitudes that we must make our own if we are to live harmoniously our relationship with creation. These are the attitudes we must face squarely if we are to take a true path of conversion. 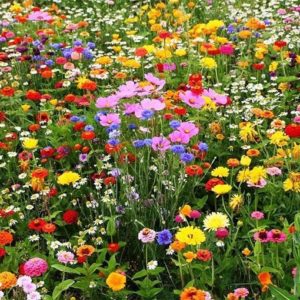 In the Genesis account, God does not create out of nothing, but he separates things and distinguishes them from the formless mass. God's work is to bring every element out of chaos so that everything can shine in harmony with the whole, but with its specific identity. He separates the elements that exist and by making these distinctions he allows each creature to exist and to shine for what it is: harmony and identity, unity in diversity. It is within this tension that creation lives.

God loves diversity; he loves creativity and all that is different. God is not the God of

human, cultural, and religious diversity ... When we let everything be what it should

be, it is not in dissonance with everything else, but helps to create harmony. That is what creation teaches

2) GOD SEES AND BLESSES CREATION IN EACH OF ITS ELEMENTS. 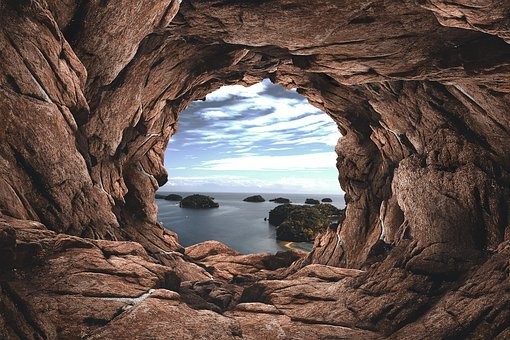 In Genesis "And God said ... And so, it was / it happened".   is repeated ten times: At the end of each day God contemplates what he has done (“it is alive”) and rejoices in it. We are placed before the first act of love of the Creator for his creatures. Seven times the text repeats: "And God saw that it was good / beautiful": and the final time (after the creation of the human being) he specifies that it was "very good / beautiful". The divine gaze is not the gaze of someone anxious to exploit what he sees, but rather the gaze of one who savours the presence of created reality and recognizes its intrinsic harmony.

Too often, we lose the desire to really look, to contemplate. We need to “reconnect" with our place of origin, our roots. We are taken from the earth (Gn 2); we are created the same day as the animal world… we are not God (LS 67). It is good to go back to our roots. This is important for us so as to be able to face the adversities of life, and not to be overwhelmed. To contemplate this is to savour life and realize how much life there is around us and in us.

We are more used to death than to life. Through our actions we often multiply death, by polluting, but also by judging, by killing the beauty that is in the other.

God asks us to collaborate with him so that there is always more and more life in creation, a collaboration within which he makes us jointly responsible for increasing life.

Contemplate and bless. Those who know how to contemplate life begin to pray while blessing.

When we reconnect with creation, when we make peace with creation and life, when we begin to savour the fullness of life in us and around us, when there is beauty surrounding us ... then we learn to pray and bless.

Blessing is another typical attitude of God in his relationship with creation.

When God looks at creation, he speaks well of it, he always has a positive outlook on all creatures, and on us. 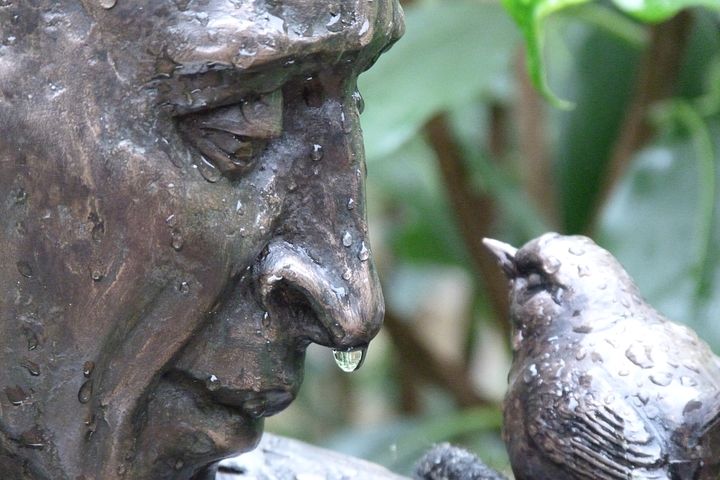 Is this what I believe? Am I able to see the beautiful creature that I am, that everyone is? If I turn away from God's gaze on me, I also lose it when I look at others.

Everything becomes ugly, crazy. Everything is against us, everything is bad ... so instead of blessing, we curse life, others, creation, our behaviour, and our words are filled with judgment. The other is bad, creation is bad because it does not give us what we expect of her… forgetting that she was abused by us ("We cannot think of living in good health in a sick world” Pope Francis, March 25, 2020).

"In calling to mind the figure of Saint Francis of Assisi. we come to realize that a healthy relationship with creation is one dimension of overall personal conversion, which entails the recognition of our errors, sins, faults, and failings, and leads to heartfelt repentance and desire to change.Let us ask ourselves how we live our relationship with things and with the Earth; what small daily choices do we make? because fidelity is measured on the basis of small things and not on the basis of great ideals. Ecological spirituality makes us rediscover the meaning of blessing. Let us ask for the gift of learning to bless life, with its joys and sorrows, with its contradictions, not only ours, but every ones’, and bless the life of creation. ("Praised be to You my Lord, for all creatures.")

The Australian Bishops spoke of the importance of such a conversion for achieving reconciliation with creation: “To achieve this reconciliation, we must examine our lives and recognize how we offend God's creation by our actions and our failure to act. We have to experience a conversion, a change of heart”. (Laudato SI '218) 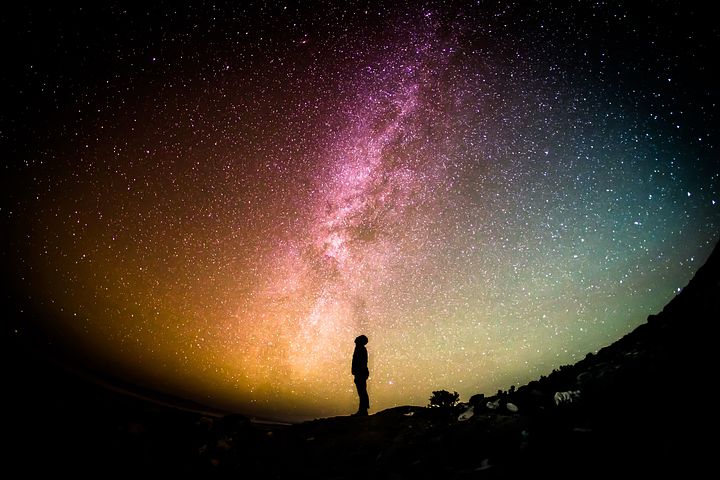 This idea already presents in Kabbalah[1], offers us an important pointer. God is everything!

“The first act of God could not have been an outward deployment (impossible since it is everything) but a withdrawal, a contraction”. To create something that is distinct from Him and with which He can enter freely into a relationship, God needs to create an empty space to give autonomy and freedom.

"In the beginning, God would have withdrawn, retracted, thus allowing the birth of the world, under the form, first, of the twenty-two letters of the Hebrew alphabet. This withdrawal, this "lack of being”, in other words this void allowing something else to be, is called tzimtsum, an essential concept of the Kabbalah. " (mecohen.wixsite.com)

Withdrawal is the greatest form of love ... it leaves room for the other to be ... "it makes space".

God created us to make us free to do the same.

Think about our relationship with God: am I creating habitable space for God in my life?

Or do I stick Him like a postage stamp on my life… my relationships… so I can say I am a Christian?

Let us also think about our way of being with others: as a couple, in family, in community, at work...

Do I let the other "BE" what he or she is, express him or herself ... do I enter into a relationship with the other as 'other', or do I let myself be conquered by the temptation to overwhelm,  to exclude, and maybe to annihilate?

[2] (On the official website of the Hebrew community of Milan) It is customary to call Kabbalah, i.e. "reception", the part of the Jewish tradition which concerns "mystical" subjects such as the "secrets of creation" or those concerning the internal structure of divinity and its "interface" with the created world.Traces of these subjects and strong limits to their disclosure are already present in the Scriptures, others are cited here and there in the Talmud. But the Kabbalah was created predominantly between the 12th and 16th centuries, first in Spain and Provence, with the publication of the Zohar with characters like Abulafia and Rambam, then in Safed with the great school of Luria, Caro, Cordovero.