At service of life

The life of tribals is a constant struggle for survival, justice, equity and freedom. In the process of trying to survive with the minimum, or with very little, they become victims of migration and trafficking. After the mono crop paddy is harvested in the tiny plot of land in this part of the world, the people move to a town and work as maid-servants in urban middle class families. They are not aware or serious about the risks and dangers involved. They land up in metro cities, completely at the disposal of placement agencies and have no choice of future employers, type of work, wages, living conditions etc. Usually, the unsafe migration ends up in trafficking. Here is such an experience of a girl who became victim of human trafficking and how the Jeevan Jyothi Social Centre, Piriaponch rescued her from the clutches of exploitation.

Jeevan Jyoti Social Centre, Piriaponch conducted a survey on the issue of migration and human trafficking cases in Piriaponch village of Jharkhand and the outcome exposed the magnitude of this issue. Out of the 120 families in this village, there were 165 cases of migration and out of which 65 cases were unsafe migration which ended in trafficking. There are cases of minor girls trafficked for sexual abuse. Trafficked girls are used for recruiting more girls for domestic work, prostitution and so on. Jeevan Jyoti Social Centre, Piriaponch has been promoting social justice and social progress with relentless determination among these poor tribals from 2004 onwards.

I would like to present a case of a little girl who was trafficked.  The close observation and follow up enabled us to get back the girl safe to her parents. The case is that the little 12 year old tribal girl named Sukanti D/o Silvanus Dung Dung and Rojalia Dung Dung is illiterate and her parents are poor and illiterate as well. They reside in an interior village called Piriaponch in Simdega district of Jharkhand state in India. One day as she was all alone at home and her parents were away, a local agent for placement agencies visited her and insisted her to go with him and lured her for schooling and job thereafter…He had all the plans ready for the girl. Consequently he made arrangements and accompanied her to Delhi where he sold her to a Madam in Delhi and received a lump sum amount for the exchange.

Later, after almost two years, once she was out in the market with her Madam….one fine moment she ran away and escaped from Madam…and found herself in a lonely place …and there the Delhi police appeared for her rescue…A terribly frightened girl who was completely lost and shocked could not reveal anything to the police. The police assumed that the girl could be from Bihar and as per their assumption they took her to Devghar Remand Home in Bihar. The police helped her to reach a safe place. She was locked up there for more than a year. This scared little lad could not understand what happened to her …how she reached in this home. Further, she could not trace her village or state or her dear ones at home. She was in a state of shock not knowing the whole drama in which she was a heroine.

Meanwhile, the family and the villagers along with Jeevan Jyoti Social Centre searched for this girl all over the place which lasted for many days and months. Consequently, we got the news that a girl from Jharkhand has landed up in Devghar Remand Home. We contacted the officials of the Remand Home and the procedures to get her release were in full swing. Her village is situated in an interior forest…we visited her parents and informed about the good news of their daughter. They were sad and helpless. It was a heart rending scene to witness the parents who had lost almost all hope of getting their daughter back home. It was too much for the parents to gather proof to convince the officials that the girl who is landed in the Remand Home is their own daughter Sukanti. Though we wanted to talk to the girl she wouldn’t because of her distress, panic and mistrust. Nevertheless the Superintendent asked us to visit Devghar with all the documents in support to claim her custody.

We got all the papers ready from the local police station, village panchayat and catholic parish church in which she belongs. Her Father was accompanied by a neighbour to Devghar and presented the claim for the release of the girl. They were pleased by their presentation and thereby she was released. Subsequently her father and the neighbour came back to Jharkhand with the daughter.

I met the girl on her return. She seems to be very quiet, lost in the mess of things that was happening around her. We constantly try  to bring  her lost childhood, her spontaneity as an young girl, her simplicity and innocence needs to be appreciated and strengthened and I hope that she will come back to her normal life as the days pass by.

The trafficking of human beings is unacceptable under any circumstances but the trafficking of vulnerable children and young people is a violation of their rights to protection from exploitation, on their education, health and to family life. All of us have the right to protect the rights of children and this is one of the smallest efforts from our social center. We hope to collaborate with likeminded people and bring happiness and release to many more children and people who struggle in life. 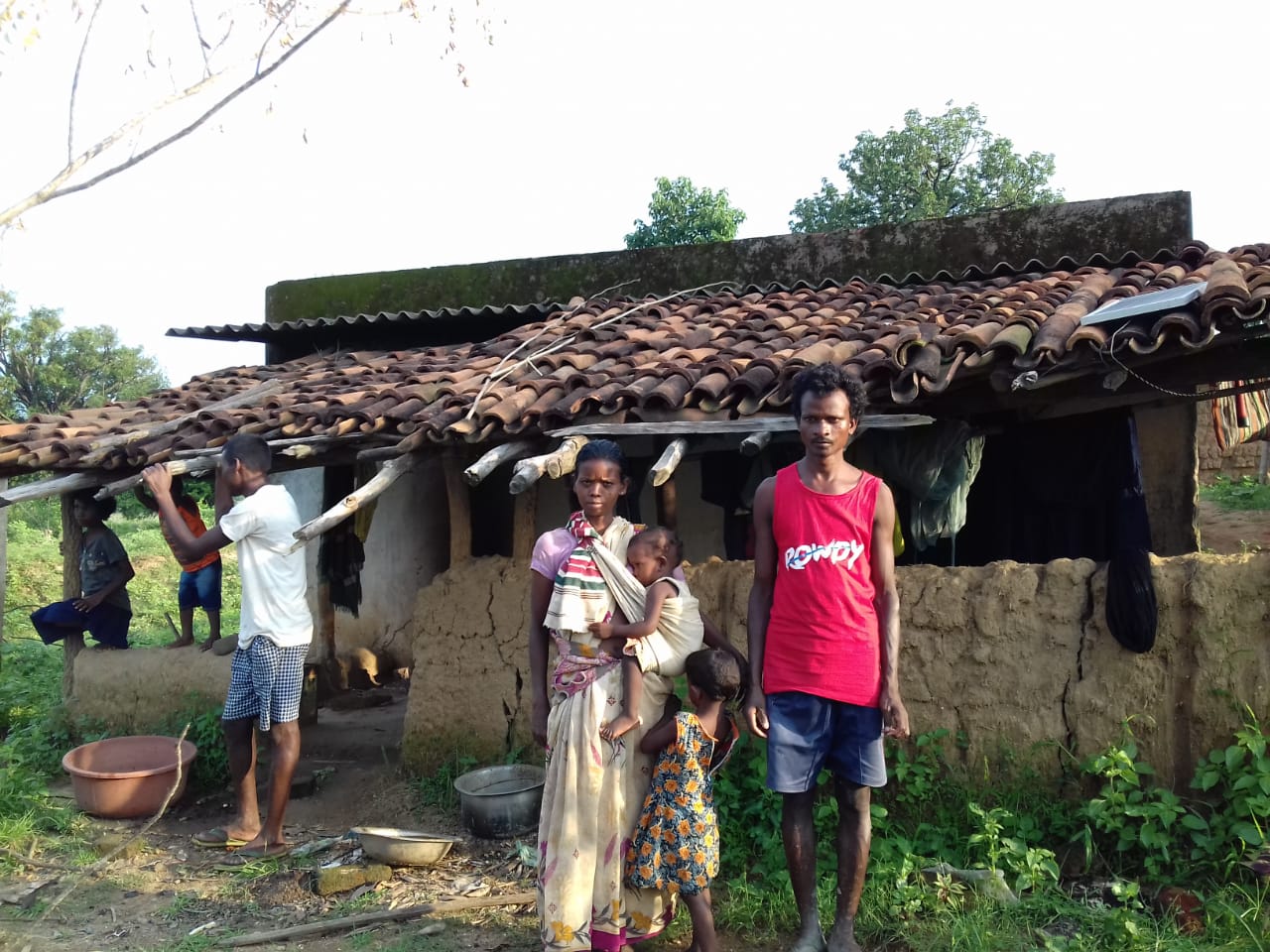