I am very happy to have the opportunity to share the educational reality that I am discovering here in Madagascar and also to let people know how we live out our educational mission here.

I would like to make it clear that I am talking about my experience, from my point of view, from my different criteria. I have been in Madagascar for 2 years and 4 months. I spent the first two years in the formation house of the Novitiate in Fianarantsoa. Now, since October 2020, I am in a community dedicated to the accompaniment and animation of a High School of about 1, 200 students, from Kindergarten to Baccalaureate. This allows me to get to know better the reality of the Province at this level (with the contribution and experience of Sister Lucette, Directress of this educational community for the past 4 years).

First of all, it is good to know some concrete facts about the country: Madagascar has a population of 25 million inhabitants, 40% of whom are under 15 years old, (not counting the multitude of babies and children that abound throughout the country), living on less than 480 dollars per year per person.

As of 2019, Madagascar is the 50th least wealthy country in the world. 14.2% of the Malagasy people never go to school. And the average length of schooling is less than 5 years. Ilakaka, a mining town in the south-west of the country is the capital of Zafiro. Its population has grown from zero to 30, 000 in 20 years. Many people have emigrated from different parts of the country to search for, exploit and sell the precious gemstone sapphire. Many people have died in the course of this search.

In Andohanilakaka, in the south of Madagascar, we run a High School which belongs to the Diocese of Ihosy, but it is the Lazarist Fathers, also called Vincentians or Fathers of the Missions, who are the ones in charge since they were among the first evangelizers who arrived here in Madagascar in 1818.

At the Secondary School we welcome a diversity of students. As to religion, many are Catholics but we also have many Protestant students: FKLM Lutheran Church, FKM Christian Churches of Madagascar, etc.  For some years now the number of Muslims has started to increase in the island. So far they are very peaceful, peace loving and do not cause problems. The Malagasy people define, characterize themselves as a peaceful people who seek to live in peace, in communion with each other. FIHAVANANA 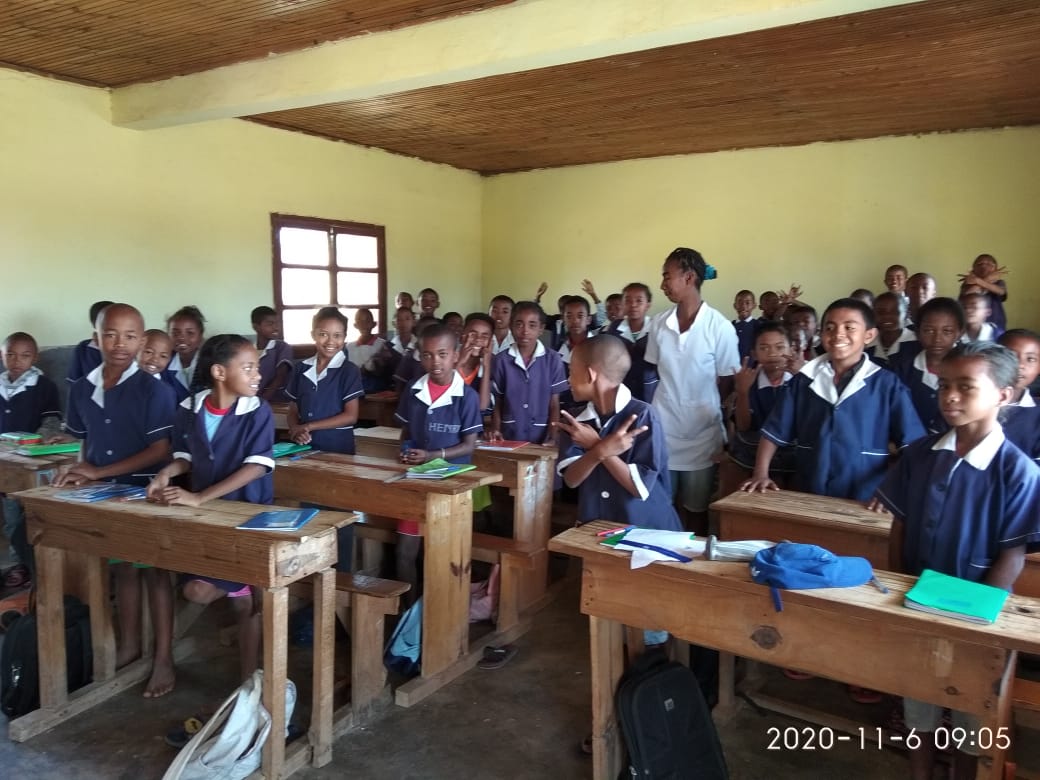 We are looking for an integral education, but we are facing a great lack of material such as didactic materials, sports materials... We only have 25 computers, which do not work well, for groups of 30 or more students. In this sense, we can say that we are poor, but with the little we have, we do our best to offer our students a good level of education. Only yesterday we gave thanks with one of our 6th grade student for her results in the Certificate of Study (she obtained the 1st place in the whole region). This speaks about the good level of education, good teachers and of course the personal response of the student of our school. In all Catholic educational establishments there is a course on Education for Life and Love (ELL). Religion is taught by the Sisters and by the catechists of the parish, groups and movements of the Church. In terms of space for sports, we have a large space which children, adolescents and young people can enjoy. However, we have a big problem concerning the learning of French because most of the teachers don't master the language, they understand it more or less but they don't speak it correctly.  This deficiency causes greater difficulties. However there is a great openness on the part of some students to learn languages, some speak more or less French, some speak English better and others want to learn Spanish or Italian. But all this remains a challenge for our educational community 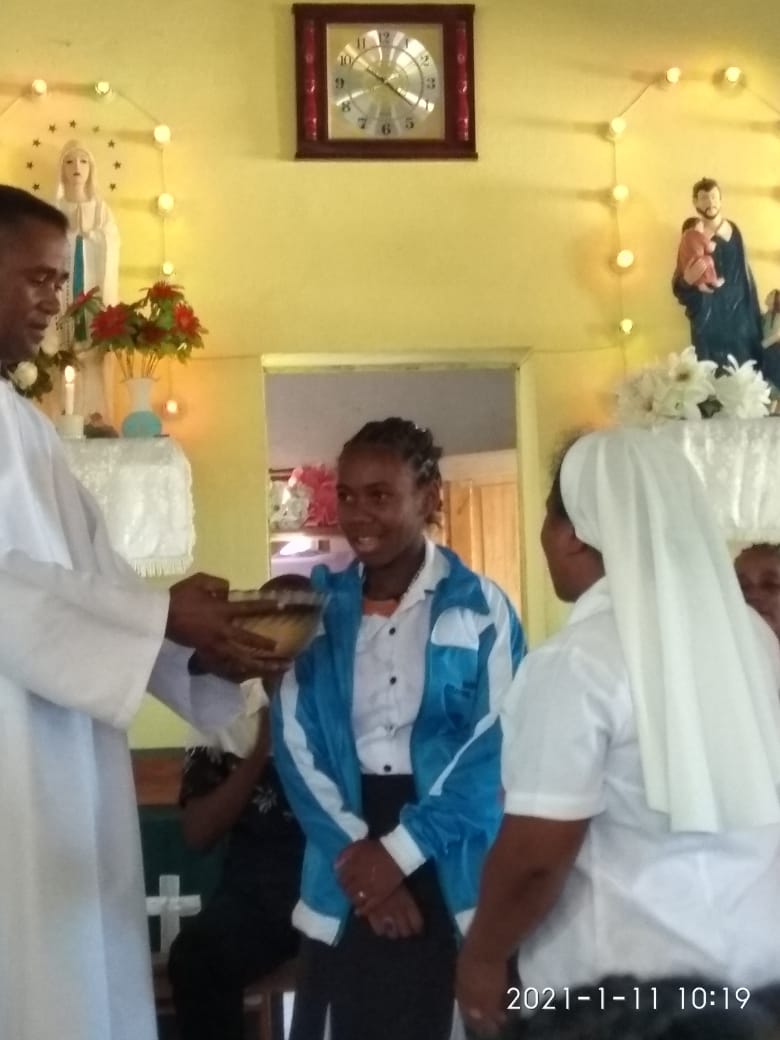 EDUCATION IN THE PERIPHERIES:

In general I can say that, in all our Communities, our Sisters in Madagascar are present in the peripheries.  In the country we can see great contrasts. Indeed, on the whole, the majority of the population is poor. But we can also encounter families with very expensive vans, living in very big houses, which shows the great economic inequality here. This is largely due to corruption and the governments that have succeeded one another until now. The actual President, Andry Rajoelina, offers more hope since he has launched a development project for Madagascar. In addition, the state recognizes and appreciates the work of all private schools due to the good results they present. However, it has to be said that teachers in private schools are paid less, i.e. they are paid less than those in public schools, in contrast to what we experience in Mexico, for example. 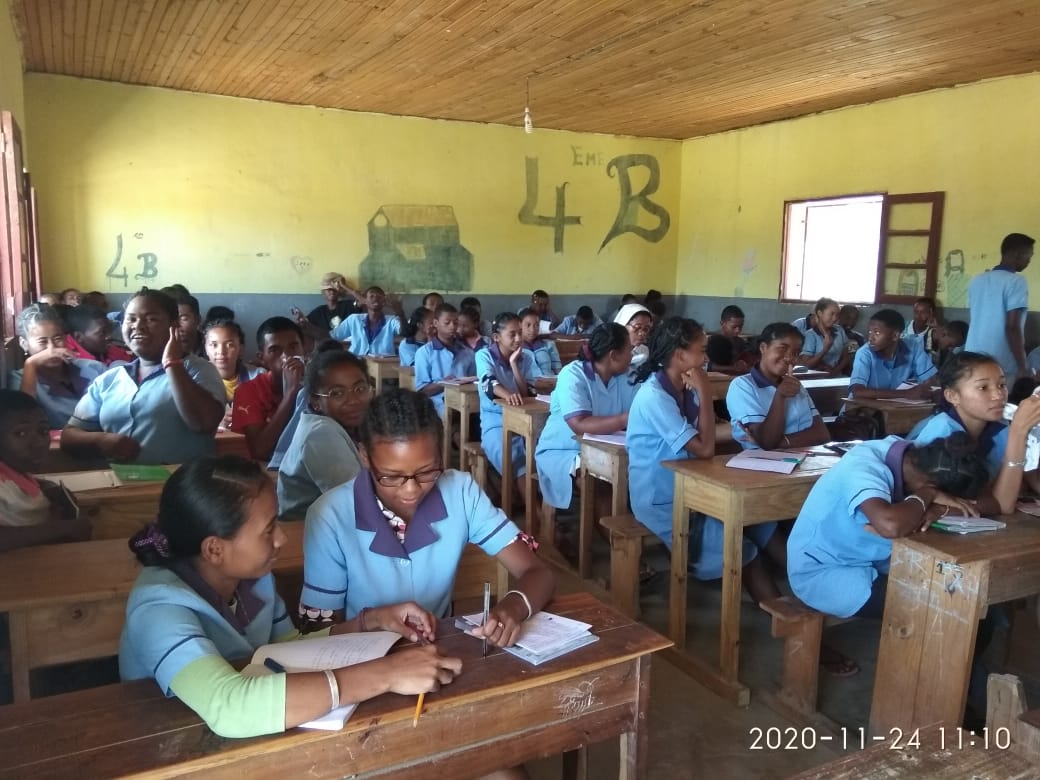 But analyzing the realities of our families, we find therein the real peripheries because many, in addition to material poverty, experience domestic violence, the separation of couples, of parents, which leave deep traces in the hearts and psychology of the students. Madagascar has a great cultural diversity, there are 18 different ethnic groups, one of which, the Atandroy, has customs that clash with our Christian concepts such as polygamy.  It is therefore possible to see in the school, brothers who are almost of the same age, or women who come with several children, but all of whom are not necessarily hers.

This mentality and the great poverty in which we live, means that many of our high school girls have already had sexual relations with foreigners or local men who have come to get rich and settle in Andohanilakaka. In some cases, it is they who pay the school fees, not the student's family. It is a very sad reality that hits us very hard because for us it is a kind of prostitution authorized by the parents themselves. There have already been a few cases of abortion, endangering the girl's life. These peripheries are also a challenge for us on how to welcome, how to listen, how to treat or accompany the families.

In Madagascar, there are other peripheries that correspond to what the Sisters call "Bush Pastoral ", that is to say communities far from the cities with an extreme level of poverty and lack of education, even more serious than in the cities.

Our Community in Ilakaka is not very large: we are 8 Sisters and 2 young people. We dedicate ourselves to the animation of the High School from Monday to Friday.  On Saturdays and Sundays, we take part in the pastoral work of the parish, or in that of Church groups or movements such as: MEJ, Scouts, Marian Group, TAMPIKRY (Young Christian Students, not necessarily Catholic), Assumption Together. Two Sisters are responsible for each group.  As you can imagine, no time is wasted, as we also take care of our 4 neighborhoods where each of these two Sisters is also responsible for being present at important moments in the life of the neighborhood (celebrations, mourning, etc).

In the Novitiate Community in Fianarantsoa, we have a Women's Promotion Centre which takes care of about forty young women. We give them a human and Christian formation and, above all, we teach them how to earn a living. We teach them to sew by hand or use the sewing machine, to make plastic bags for the market, which I don't like because it's very polluting. This project was originally a project of the Assumptionist Fathers, but for the past few years we have been sharing it with some of the young Juniors from the Assumptionist Community. This non-formal education project has been very successful here in Manovohasina and Manandona, in the diocese of Antsirabe. It responds very well to the call to go to the peripheries to offer education to poor girls whose families have no money to support their studies or who have abandoned them. We also have another human development training center in Kalalao, in the Befeta district, where girls stay for a week to be formed. In the case of Manovohasina, our Household Center, the girls come every week from far away to receive training. At the end of the training, we organize an exhibition of all the things they have made and they sell them, thus obtaining the funds to be able to attend their last school year. This training lasts two years and those who stay until the end receive a certificate that the Centre gives them to make it easier for them to find a job.