Thomas K .Mathew was born in Kerala on the 23rd of Feb 1958 in a Catholic family. He had settled in Pune for the last 36 years and was a very active member of Carmel parish and he contributed to the church and parish community at various levels as parish councilor, senior teacher of catechism parents’ association etc. He was a pillar of Carmel parish.

I would like to add some of the youth’s quotations:

“He understood the youth and their challenges; he was able to reach out to them much more than a teacher as a good confiding friend. His enthusiasm was best displayed in the way he organized family day successfully year after year…. He was an amazing actor…bringing in topics of benefit was his prime interest… his thirst was to love, serve God and learn more about God”

“I comprehend, how devout, selfless and immensely was he in love with Christ. His profound faith in Christ was very well reflected in his teachings and he empathized it with us all.”

“He was a very good public speaker,…he was of a welcoming nature and a great event coordinator. With humor and singing talent he held the stage and enchanted the audience.”

He was also involved with Ecumenical council in Pune.

He contributed a lot to the  Blind men’s Association in Pune.

He was a caring husband and a loving, affectionate father and kept up the values of a Catholic family.

I have known Mr. Thomas K. Mathew for more than 15 years. He had a jovial personality and a compassionate heart. His commitment and generosity was commendable. He was a good teacher and knew how to communicate knowledge and was able to mingle with all, young and old. He was very dynamic and creative and the youth enjoyed his classes and he captured their minds with Christian values. He was a man of vision and faith.

Before renewing his commitment in March 2020 he wrote” I have experienced the richness of the life of Assumption Together and want to continue to serve God in communion with the Fraternity of Assumption family in the spirit and charism of St. M.Eugenie for the extension of God’s kingdom and give glory to his name.”

Because of the lock down we were not able to have the regular meetings and so on  14th of June 2020 we organized a Zoom meeting to deepen our fellowship and to discuss the Seven invitations for a better World- a challenge which Sr. Rekha placed before us and Pope Francis’ Laudato Si. Mr. Thomas very enthusiastically presented the topics to the group with video clip in which most of us participated.

On Saturday, 20th of June we got the message that Mr. Thomas passed away due to a massive heart attack.

His unexpected and untimely demise is a shock as w ell as a big loss for all of us. We remember him with love, affection, admiration and gratitude. My heart felt condolences to Mrs. Rose Thomas, his wife, Rohit, his son and Rhea his daughter. Mrs. Rose Thomas is our National coordinator at present. 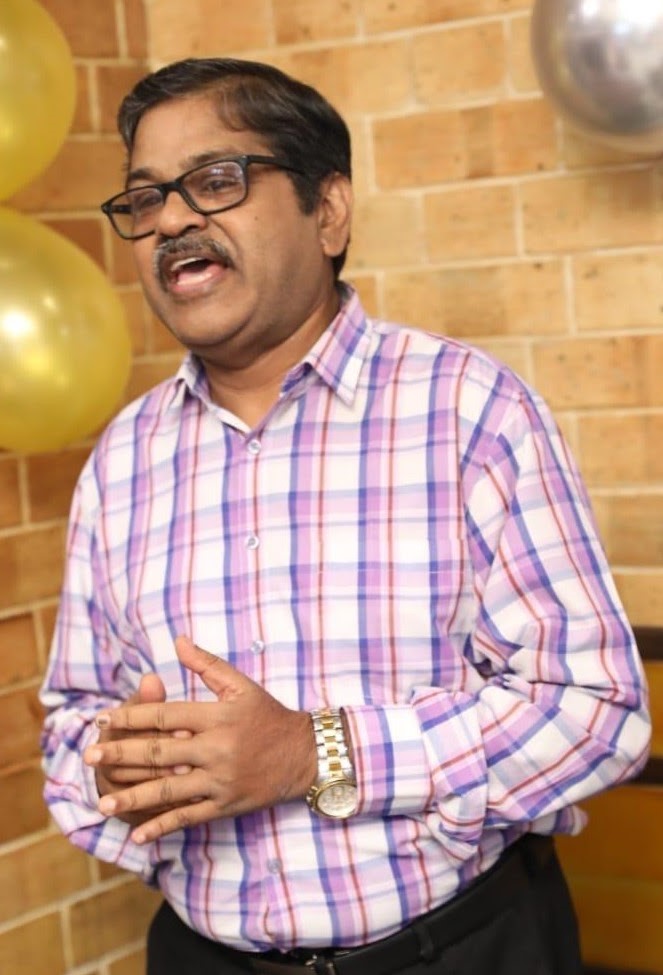 Assumption Together: “I want to be faithful to my baptism"
CPAE
Share this: